The concept of ‘young radicals’ has become popular when media, politicians and even the general public talk about young people. However, we know little about those young people who hold radical attitudes. Our recent article in Politics focuses particularly on the young people who place themselves on the extreme ends of the left-right ideological scale.

By using survey data from nine European countries (France, Greece, Germany, Italy, Poland, Spain, Sweden, Switzerland, the UK), and focusing only on people at age of 18 to 35, we analysed which kind of characteristics, that are usually used for studying violent behaviour, are common for young people who hold radical attitudes. We also asked how those with radical right attitudes differ from those with radical left ones.

Our results demonstrate that ‘radicalness’ of young people is strongly related to experiencing economic difficulties and participation in more contentious political activism. The data does not allow us to say which come first – whether young people choose ’radical’ attitudes before or after experiencing economically hard times or participation in protests like house occupations or riots, but it is clear that in this respect there is no difference between those opting for left or right.

The difference between the ‘young radicals’ on the right and left are, instead, defined by gender and adherence to authoritarian values. Young men are more likely to hold radical right rather than radical left attitudes – a result which is similar to prior studies focusing on the participation in radical right movements. Radical right attitudes also relate strongly with authoritarian values such as thinking that children should obey their parents or that there is need for stiffer sentences for those who have committed certain crimes. Even support for democracy is lower among those young people who hold radical right rather than radical left attitudes. Other factors, for example the socio-economic background, specific personality traits or the country of residence, do not play any substantial role here.

Our results show that the use of a general term ‘young radicals’ is misleading as there are important intra-group differences. Moreover, in the context of rising economic difficulties, it would be important to pay particular attention to young people and investigate further the reasons why experienced hard times strongly relate to radical attitudes. 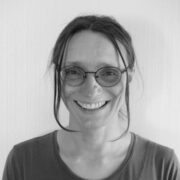 Katrin Uba is an Associate Professor at the Department of Government, Uppsala University, Sweden. Her main research interests are political activism of labour movement, and mobilization and political impact of social movements with a particular focus on environmental movements and youth climate activism. She has published articles in numerous academic journals and is author of a recent book, Trade Unions on YouTube: Online Revitalization in Sweden (with Jenny Jansson). 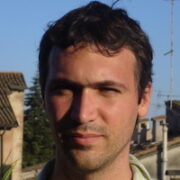 Lorenzo Bosi is an Associate Professor at the Scuola Normale Superiore (Italy). He is a political sociologist pursuing comparative analysis into the cross-disciplinary fields of social movements and political violence. In his research, he is mainly interested in how and when contentious political actors shift their forms of action across time and space. He has published articles in numerous academic journals and is the author of Vite di lotta armata. Storie di attivismo nella Provisional IRA and co-editor of The Consequences of Social Movements.