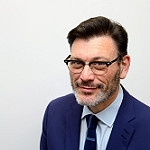 Andrew Russell is professor of politics and head of department at the University of Liverpool. He has written extensively on elections, political parties, and the political participation of hard to reach groups and marginalised communities. In 2003–2005, he was the academic lead on the Electoral Commission’s Review of the Age of Majority, which led to the lowering of the minimum age of candidature in all UK elections. He serves as a board member of the Campaign for Social Science.

The UK government’s plans to restrict nomadic lifestyles via The Police, Crime, Sentencing and Courts Bill has highlighted the difficulties facing Traveller and Roma communities in this country and has resulted in campaigns for the right to Roma/Traveller cultural heritage and lifestyle.  The ‘othering’ of Roma is so acceptable that one MP’s remark that if made Prime Minister for 24 hours he would use the opportunity to ‘see tougher enforcement against Gypsy Travellers’ didn’t prevent him from becoming the leader of the Scottish Conservatives.

The UK Government’s racial disparity audit reveals stark discrimination of Roma/Gypsy communities. In England for example Gypsy/Roma schoolchildren were the most likely of all ethnic group categories to be either temporarily or permanently excluded. As the UK tightens the restrictions on Roma lifestyles it is worth noting that Roma face familiar prejudices globally. Indeed, racism, discrimination and structural disadvantage is endemic to the life-experiences of Roma/Traveller communities across Europe. In an attempt to address the unequal status in 1990 the OSCE set international standards for minority protection and explicitly drew Roma and Gypsy communities into the framework. By 1993 the Council of Europe identified Roma as a true European minority, “one that does not fit into the definitions of national or linguistic minorities” (Recommendation 1203).

Our study of Slovenia, a nation with a famously liberal constitution demonstrates that regardless of the intentions of the architects of democracy Roma populations continually fail to receive equal treatment. Slovenian Roma – a group with a long history of settlement and identity in the Slovenian territory – continue to be marginalized, racialized and routinely categorized as undeserving of equal rights.

Analyzing how Roma were spoken about in the minutes of the Commission for the Constitutional Questions (CCQ) which led to the 1991 independence constitution, we demonstrate how the discourse leading to the design of the constitution racialised Roma as undeserving. They often describe Roma as organisationally incompetent and politically adolescent. They applied “majority gaze” to determine Roma’s right to equal political representation. This outlook persists institutionally as “Roma rights” remain inferior to the rights of other minorities and socially as Roma continue to be racialized as a problem for the law-abiding, tax-paying, Slovenian-speaking non-Roma majority.

Slovenian Roma were not given a visible role in the new Republic. The 1991 Slovenia Constitution recognized Roma as a minority in need of protection alongside two other national minorities – Hungarian and Italian. Nevertheless with no foreign government to lobby on their behalf it is perhaps not surprising that of the three minorities Roma are the least protected and represented. An asymmetric representation resulted from the lack of leverage that Roma had; they were denied the status of a national community because they did not have a mother state. The CCQ “gradated” minority rights – Hungarian and Italian communities were afforded full protection while autochthonous Roma were to be protected by a special law which took a further decade to write and is hardly fit for purpose. While Hungarians and Italians are granted their own MP in the National Parliament and on the municipal level (with an Iris Marion Young style veto over policies affecting their community), Slovenian Roma are not. Their representation is limited to local politics to 20 out of 212 municipalities, without the veto or resources afforded to the other minorities’ reserved councillors.

Further drawing on a framework of marginalization and racialization derived from Cohen and Shilliam, we find that the political structure constructed for the Slovenian Roma racialises the group internally and externally. Externally the group is infantilized and patronized by a relatively benign political class and by the liberal engineers of the Slovenian Republic. Internally, the political structure gives some rights to only a portion of Slovenian Roma (the autochthonous group) rendering it more deserving of resources than other groups. Further we argue that the consistent categorization of Roma as not quite equal, not quite deserving of particular protections and representational rights, and insufficiently grateful for the limited protections the state has provided, resonates loudly with the work of Shilliam helping us explain why Roma were excluded from full acceptance into the Slovenian polity in 1991 and continue to be stigmatized and discriminated against today.