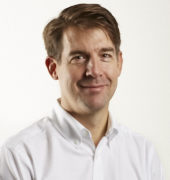 Christian Schnee served as campaign manager for Germany’s Christian Democratic Party and special advisor to the First Minister of Hamburg before returning to academia. Since 2015, he has taught at the University of Greenwich in London and written about European politics and political history. He is author of the monograph Political Reputation Management: The Strategy Myth (Routledge, 2015) and the first German language biography on King George I (Ludwig Verlag, 2013). His articles have been published in Contemporary Politics, German Politics & Society, Journal of Management History, Journal of Management and Organisational History, and Corporate Reputation Review.

In the 2017 general elections Angela Merkel was confirmed for a fourth consecutive term as German Chancellor. In the course of her incumbency media pundits came to dub her the world’s most powerful woman and certainly her mere longevity at the apex of German politics makes her stand out among European leaders. Merkel’s pivotal role in domestic and European affairs calls for a more systematic assessment of her chancellorship, which is the purpose of this investigation now published in Politics. Focussing on the period 2005 to 2017 and drawing on Jim Bulpitt’s statecraft model four descriptive categories of analysis are applied that are reflective of the core tasks leaders will have to dispatch effectively.

A winning electoral strategy is the first of the criterion Bulpitt devised for any analysis of statecraft. An exploration of Merkel’s four consecutive electoral endorsements reveals conflicting evidence: On the one hand the CDU’s election results under Merkel’s stewardship plummeted to the lowest levels since 1949, yet at the same time her consensual style, penchant for mainstream policies over conservative ideology and an uncanny habit of poaching the Social Democrat’s most appealing policies, effectively sapped the SPD’s voter base and resulted in a continuation of her chancellorship.

Operational competence in government is the second feature Bulpitt encourages researchers to cast a light on in their assessment of leaders. This category becomes particularly relevant when the ideological distinctions between the main rivalling parties become blurred and voters give preference to the challenger or incumbent who they expect to guarantee a smoothly run professional administration. Against this backdrop Merkel became increasingly seen as a trusted helmsperson that navigates with a steady hand the ship of state through turbulent times.

Managing party affairs is a skill Angela Merkel honed and perfected over time. Her early years as party leader and head of government were defined by palpable oppositional voices within the CDU ready to defy her authority and challenge her leadership. In a show of chutzpah, determination, tactical finesse and ruthlessness Merkel took out her detractors one by one until the CDU’s role had been diminished to little more than a circle of claqueurs in thrall to their leader. While this tight band of allegiance was severely tested by Merkel’s course in response to the Greek debt crisis and as a result of her stance amidst the mass influx of refugees in 2015, it did not snap and her leadership appeared unquestioned in the period here investigated.

When exploring Merkel’s record in establishing hegemony over the political discourse, the fourth category in Bulpitt’s framework, it was most striking to see how little evidence there was of the chancellor ever seeking to dominate the public discourse related to any of the policies pursued by her government. By contrast her strategy in the period until 2017 appeared to be – with rare exceptions – to keep a low profile in controversial public debates, whilst gauging the respective strengths of vieing factions and currents within her own party, in government and beyond before weighing in, usually on the side of the dominant position.