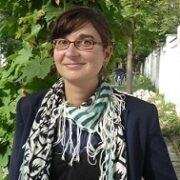 Daniela Braun is an assistant professor at LMU Munich. Her research interests include European Union politics, party politics, public opinion, and political behavior. Her work has been published in several peer-reviewed journals, such as the European Journal of Political Research, European Union Politics, the Journal of Common Market Studies, the Journal of European Public Policy, Party Politics, Political Communication, and West European Politics. In her upcoming project, funded by the German Ministry of Education and Research (BMBF), she investigates the increasing cleavage between the friends and foes of the European Union (ProConEU) – a comparative analysis of Euromanifesto, public opinion, and Twitter data.

Although elections to the European Parliament are widely known as second-order national elections, recent developments indicate that these elections start to become more European contests. The EP has become more powerful with the Maastricht Treaty and subsequent treaty changes, and with the introduction of the Spitzenkandidaten (‘lead candidate’) system in 2014, elections to the EP are supposed to become more consequential, too. Moreover, in light of the empirical evidence on the increasing politicization of Europe, it seems to be interesting to finally study how European these contests at the European level of governance actually are. Such an enquiry is even more interesting in view of the fact that the 2019 EP electoral contests were widely framed as “a battle over Europe’s future”.

My recent article in Politics investigates precisely this growing relevance of Europe and European issues for the case of the 2019 EP elections. The ultimate contribution of this article is an examination the Europeanness of the 2019 EP elections from the perspective of the demand and the supply side of political competition. In doing this, I draw on a new data set covering the election campaigns and the mobilization potential of Europeanness in five north-west European countries (Austria, France, Germany, Sweden, and the United Kingdom).

On the one hand, the findings indicate that the elections to the EP were more European contests than ever before in the history of these elections – yet this is not true in the same way for all of the countries under consideration. A clear sense of Europeanness especially exists in those countries where European issues dominated the general (i.e. national) political debate and not only the EP election campaign. On the other hand, the Europeanness of electorates matters for electoral participation. The European electorate’s orientations towards EU politics have an impact on people’s decision to cast a ballot in EP elections. The genuine interest of European citizens in EU politics as well as their unbiased attachment to the EU are important predictors for turnout. Finally, the double perspective on political campaigns and the electorate brought to light that in the two countries, where the debate over European issues was extensive (France and the UK), genuine interest in EU politics was also a mobilizing factor for respondents – but, interestingly, this was also the case in the two countries that saw less (Austria) or even very little significant debate over European issues (Germany).

Altogether, the findings of my paper illustrate that while Europeanness is unequivocally relevant in EP elections – European issues shape the public debate around these contests and genuine European orientations have the power to mobilize citizens – national factors still play an important role in these elections.