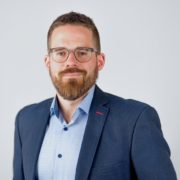 Jeremy Bentham states that “publicity is the very soul of justice”. Accordingly, Bentham established the legal principle of open justice within which legal processes and judiciaries should be characterised by transparency and openness. These aspects include both the transparency of internal processes within the court trials and the openness of the judiciary to communicate rulings to the public.

But, the judiciary is the least visible branch, since courts barely intervene in the public debate, as they want to preserve their neutrality and institutional integrity. So, court decisions are rather unknown to the public and sometimes misinterpreted by journalists. This causes a dilemma, as the public’s trust in courts partly depends on the public’s knowledge of their actions.

Recent scholarly work (for example here, here and here) has shown that courts possess tools which they can enhance the public’s awareness of their actions. Among others, press releases seem to be the most effective. For example, Jeffery Staton has shown that courts use press releases strategically to create public awareness and to put pressure on the political branch. Yet, albeit we know that courts use press releases to communicate their actions, we do not know for which type of ruling they are more likely published. In my recent article published in Politics, I filled this research gap by asking the following research question: Which institutional characteristics determine the publication of press releases by constitutional courts?

My analysis is based on a unique dataset on senate rulings by the German Federal Constitutional Court (FCC) between 1996 and 2018 (for a repository regarding the data and analysis of the paper, see here). This case selection serves two purposes. First, generalizability, since the FCC is an institutional role model for several courts worldwide and its public relations strategy is comparable to courts that share its institutional traditions. Secondly, importance and relevance, since the FCC is one of the most influential and active apex courts in the world. Methodologically, I have used a logistic regression model with year fixed-effects, because my independent variable – whether a ruling is accompanied by a press release or not – has a binary measurement. The independent variables used in my analysis are measured based on a theoretic concept, which has conceptualised the two open justice principles of transparency and openness.

My results show that the FCC is eager to publish press releases to communicate legal and political conflicts as long as the conflicts are not internal or instances of intra-judicial dissent. Hence, the FCC seems to be eager to open up its adjudication only until the FCC faces situations in which there is either internal dissent or the Court opposes lower courts. The FCC thus seems to be trying to secure the reputation of the entire judiciary on the one hand and its reputation on the other hand.